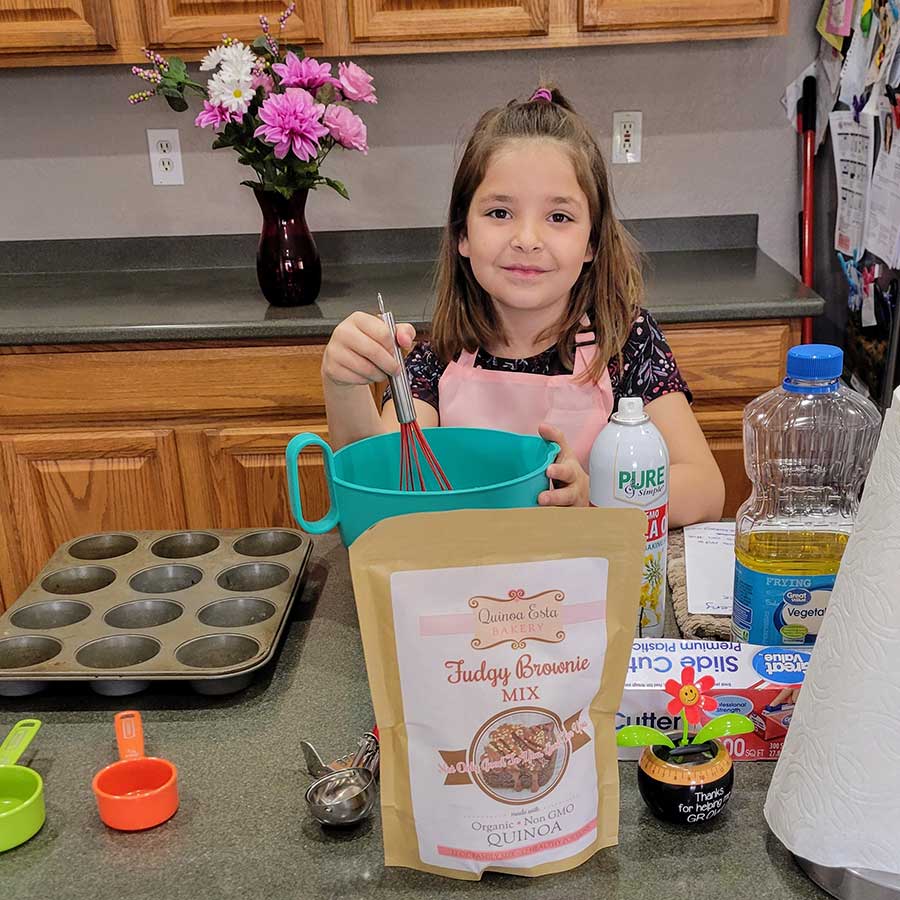 Baking with Quinoa – the Wonder Seed

It’s time for everyone in your house to eat more sweets!

Quinoa Esta Bakery’s cookies and baking mixes are free of the top 7 food allergens making us the #1 producer of allergen-friendly desserts.

Sharon Downing, owner of Quinoa Esta Bakery, is an expert at baking and cooking with quinoa. Our food is allergen-friendly and naturally free of gluten, animal products, gums, and preservatives. We provide services to restaurants, retail stores, and of course, to you, the public. We bake a variety of cookies and cupcakes, along with our signature banana bread and brownies. Naked Cupcakes are always a favorite for any creative event. Eat them just as they are or decorate them with your own personal touch. Either way, they are delicious!

We’ve chosen to adopt the K.I.S.S. Principle as our business practice. Simple, wholesome ingredients keep us on the map. Our bakery products are special because we bake with 100% quinoa flour and high-quality, all-natural ingredients. We know that quality and flavor trumps mounds of frosting and unnecessary ingredients. Your objective is to eat healthier and enjoy satisfying treats. Our objective is for you to eat and enjoy healthier treats. So…. we’re on the same page! One bite of our delectable treats and you’re hooked! 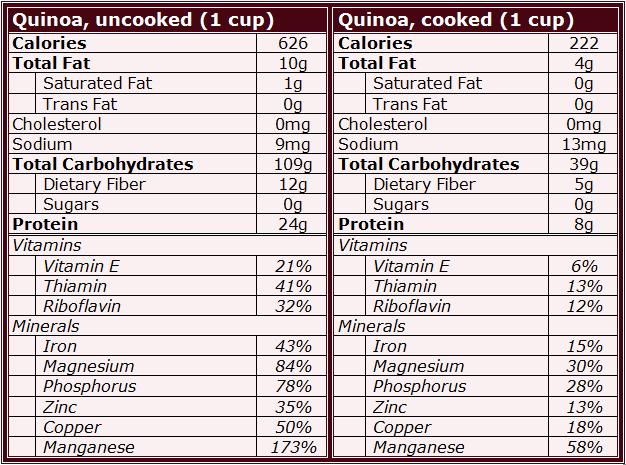 Gluten-Free
Quinoa is a seed that, if not harvested, will sprout a leafy vegetable. While the leaves can be eaten, quinoa is primarily grown for the seeds. Gluten-free, and easy to digest, quinoa has all the goods that grains and seeds are supposed to have (dietary fiber and so on). The real kicker though? Quinoa has the highest protein levels (up to 20%) of all the cereals — pseudo or otherwise. Source… cookthink.com

The Mother Grain
Quinoa or quinua (Chenopodium quinoa Willd.) is native to the Andes Mountains of Bolivia, Chile, and Peru. This crop (pronounced KEEN-WAH), has been called 41 vegetable caviar” or Inca rice, and has been eaten continuously for 5,000 years by people who live on the mountain plateaus and in the valleys of Peru, Bolivia, Ecuador, and Chile. Quinua means “mother grain” in the Inca language. This crop was a staple food of the Inca people and remains an important food crop for their descendants, the Quechua and Aymara peoples who live in rural regions.

Highly Nutritious
Quinoa is a highly nutritious food. The nutritional quality of this crop has been compared to that of dried whole milk by the Food and Agriculture Organization (FAO) of the United Nations. The protein quality and quantity in quinoa seed is often superior to those of more common cereal grains (Table 1). Quinoa is higher in lysine than wheat, and the amino acid content of quinoa seed is considered well-balanced for human and animal nutrition. Source… Purdue University